S. C. Johnson & Son (commonly referred to as S. C. Johnson, previously S. C. Johnson Wax and Johnson Wax), is an American multinational privately held, manufacturer of household cleaning supplies and other consumer chemicals based in Racine, Wisconsin.[1] It has operations in 72 countries and its brands are sold in over 110. It is the largest component of the Johnson Family Enterprises, which also includes the Johnson Financial Group, and Johnson Outdoors. In 2006, S. C. Johnson & Son employed approximately 12,000 and had estimated sales of $7.5 billion

Our primary brands include: 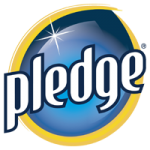 MORE FROM THIS BRAND

FIND OUR BRANDS AT HI-LO

GraceKennedy is one of the largest single-entity food manufacturers in the Caribbean... Read More